Andy Murray as an event source 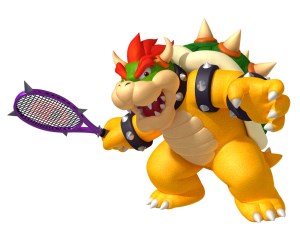 With Wimbledon’s final this weekend, I recalled that I had not blogged about the “Evil Tennis kata” I played with, a few months ago. Its aim was to compute a tennis score from a series of game events. This kata is inspired by the original tennis kata, but does not stop at the game level and computes the score for a whole match.

Let’s consider a tennis match. We can see it as a list of points, either won by player A or player B. For instance, here are the first points from Sunday’s final:

One of the goals of the kata is to be able to determine the final score from the match events. It can also be to print nicely every score from the start until the end, like it is done for instance on the following page:
http://www.flashscore.com/match/SSmzQE8d/#point-by-point;1

Once again, it has been a nice way to practice F#:

I use a single union type to define the score of a game, composed of the number of points won by player A and the number of points won by player B. For instance, GameScore(3,1) means that the current game score is 40-15. Using classical integers to count the points is much easier than trying to reason directly in the tennis scoring system, which is seriously twisted. In order to display a classical score from this representation, here is the first function:

Now what we want is to be able to build a GameScore from a series of GameEvent. This can be achieved nicely with a function and a fold:

When we try to go a step further, displaying the score of a particular game becomes less interesting. What we really want is to check the victory condition at the game level, in order to determine whether the next point will start a new game:

From there, we can build an updateSet method:

Similarly, we need to determine at some point whether the set has been won. In order to do this we have to count the games won by each player. Here is how I did it:

From there, we can determine whether a set is won:

The next step is to move to the match level:

Finally, we can use the updateMatch method in a fold to build a representation of the match:

That is not a very readable result… Here I go for a last function:

This last one aggregates the events, in order to display a much more simple list of scores:

This entry was posted in Events and tagged F#, Kata. Bookmark the permalink.